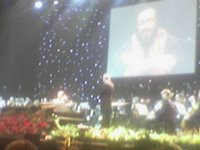 Although Not the best concert I've ever been too, but i have to say it was pretty top notch. I dont attibute it to the artists, but the location. Queensland is still rather lacking in the areas of refined arts. The orchestra wasn't entirely inspiring during the first half, but quickly brushed up on the second half with more vivace. 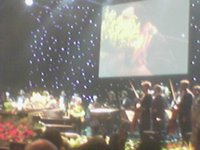 Its amazing to be able to hear the popular voice of the tenor in real life, not to mention catch one of the guest stars on the original muppet show. This is suppose to be his farewell tour, so we wish him all the best.
at November 09, 2005